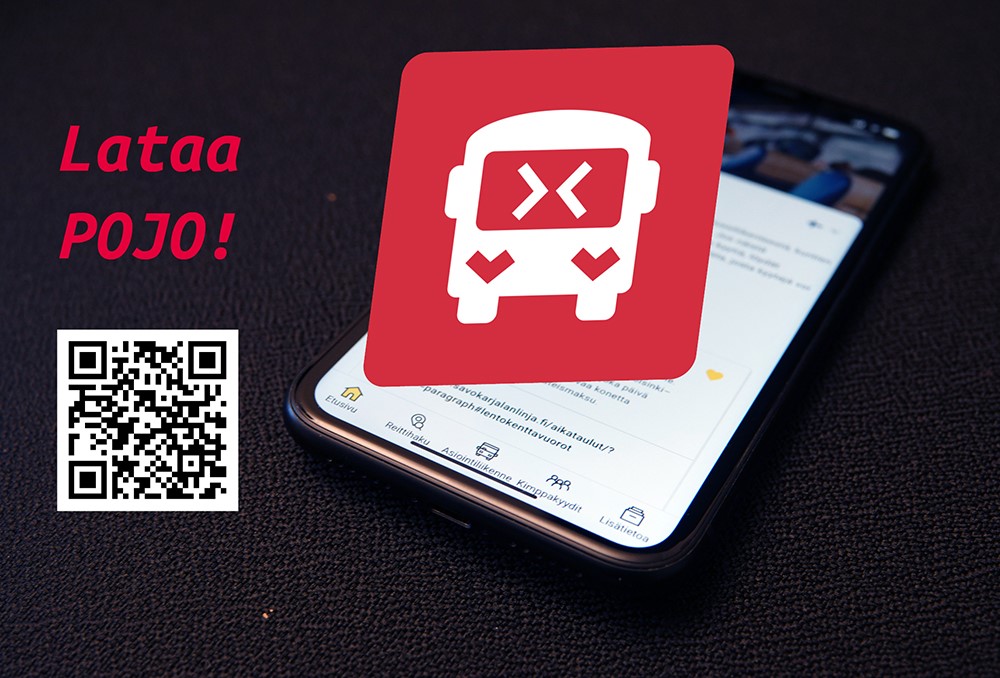 Before the portal, information on public transport services in the region was scattered. The idea was to gather the data and add it all to a portal that is easy to use, says project manager Pasi Lamminluoto from Regional Council of North Karelia.

The POJO service, developed by the Regional Council of North Karelia, is available at pojo.pohjois-karjala.fi and can also be downloaded as a mobile application. The service shows the schedules and routes of Joensuu region buses, long-distance buses operated by Matkahuolto company in North Karelia and transport-on-demand organised by municipality. As a bonus, the service contains information of airport coach transfers, taxi dispatch services and private carpooling websites and groups.

Thanks to POJO, transport services organised by municipalities are now more accessible to local residents and visitors. These services are open to everyone, but they have not been widely advertised. Usually, their schedules and routes are available only on municipalities’ websites.

Municipal transport services are an excellent way to enhance vitality and accessibility of remote areas. For instance, in some regions of North Karelia, shuttle taxis operate on a fixed route every week. You can reserve your seat in them one day prior to travel and the ticket price equals to public transport fares, says Lamminluoto.

The POJO public transport service was developed in the MAMBA project in collaboration with municipalities, transport operators and various authorities. Since its launch, the portal has attracted over 5,000 users and has been covered in national media and regional and local newspapers. 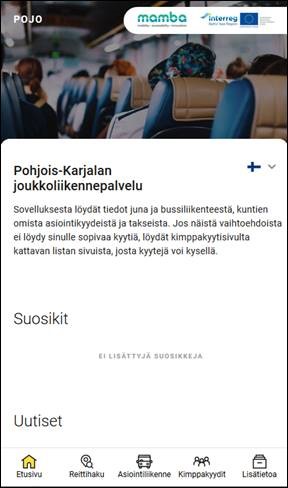 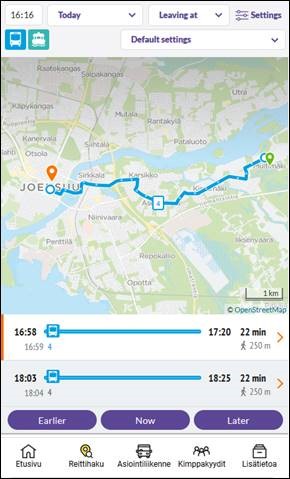 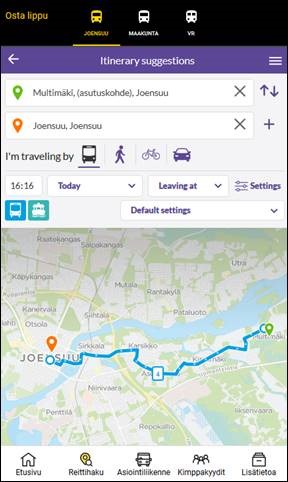