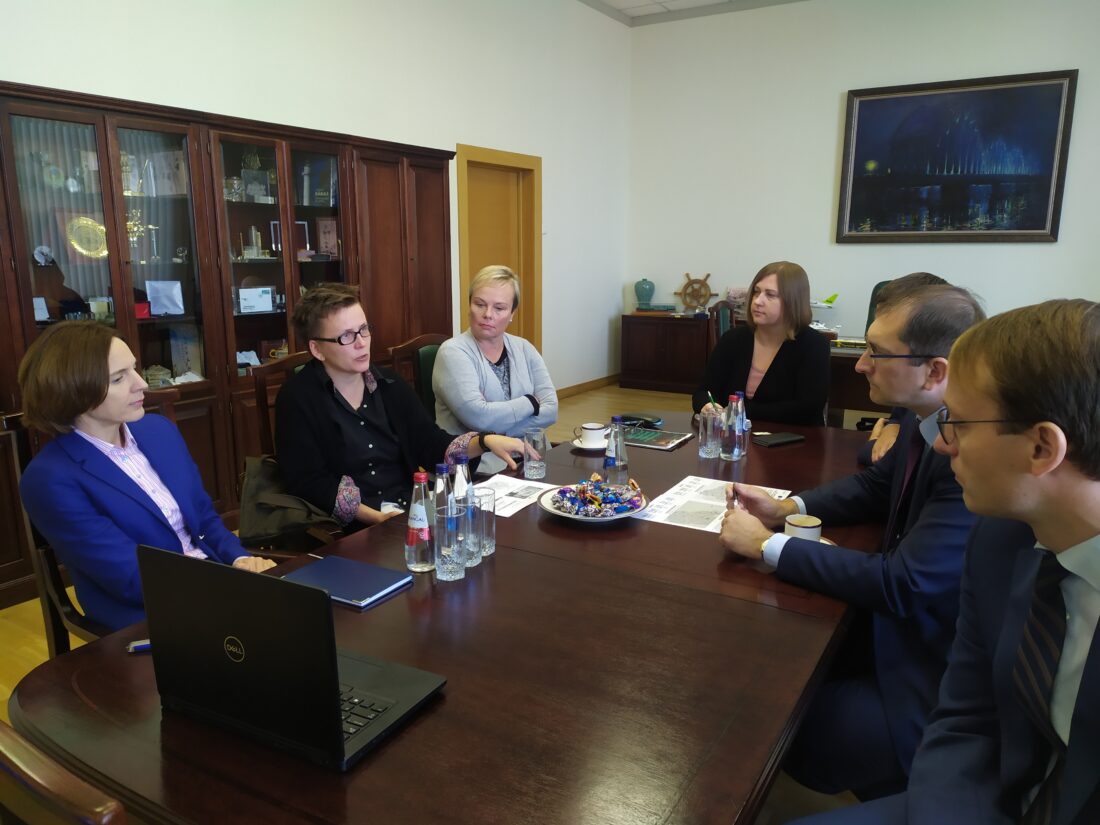 On October 12, representatives of Vidzeme Planning Region (VPR) met with Minister of Transport Tālis Linkaits to present the results and conclusions of the transport on-demand pilot project, as well as suggested the creation of a support mechanism to improve mobility in rural areas. The results of the implemented pilot project clearly show that the demand for passenger transport also exists in remote and sparsely populated rural areas.

Representatives of the VPR proposed to integrate the ToD service into the existing public transport system, offering to provide this service in places where the public bus is not available and in areas where existing services are almost entirely subsidized by the state.

The Minister for Transport indicated that the management of the ToD should be carried out by planning regions, which was also agreed by the Head of the administration Guna Kalniņa-Priede (Vidzeme Planning Region), who pointed out that local governments are best acquainted with their territory and needs of the local community.

“Centralised planning for local solutions is not and will not be appropriate,” said G. Kalniņa-Priede. The Minister of Transport called for an assessment of the necessary legislative changes in order to allow ToD to be integrated into the public passenger transport system, recalling that the public passenger transport law is still open for improvements.

Similarly, the representatives of the VPR pointed out that the demand for passenger transport cannot be calculated on the scheduled public bus routes carried out, since this offer, unfortunately, does not always correspond to the needs of the population. If there are few passengers on a public bus trip, this does not mean there is no demand for transport services but rather indicates an inappropriate offer. The public transport system needs to be more flexible in order to meet the needs of the population and to ensure more efficient use of resources.

A meeting of the Vidzeme Planning Region Development Council will be held on 23 October 2020, during which the ToD issue will also be addressed. During the meeting, it will be decided on political support for the proposal to create a national inter-institutional working group to work together and find the most efficient way how to integrate ToD into the existing public passenger transport system.