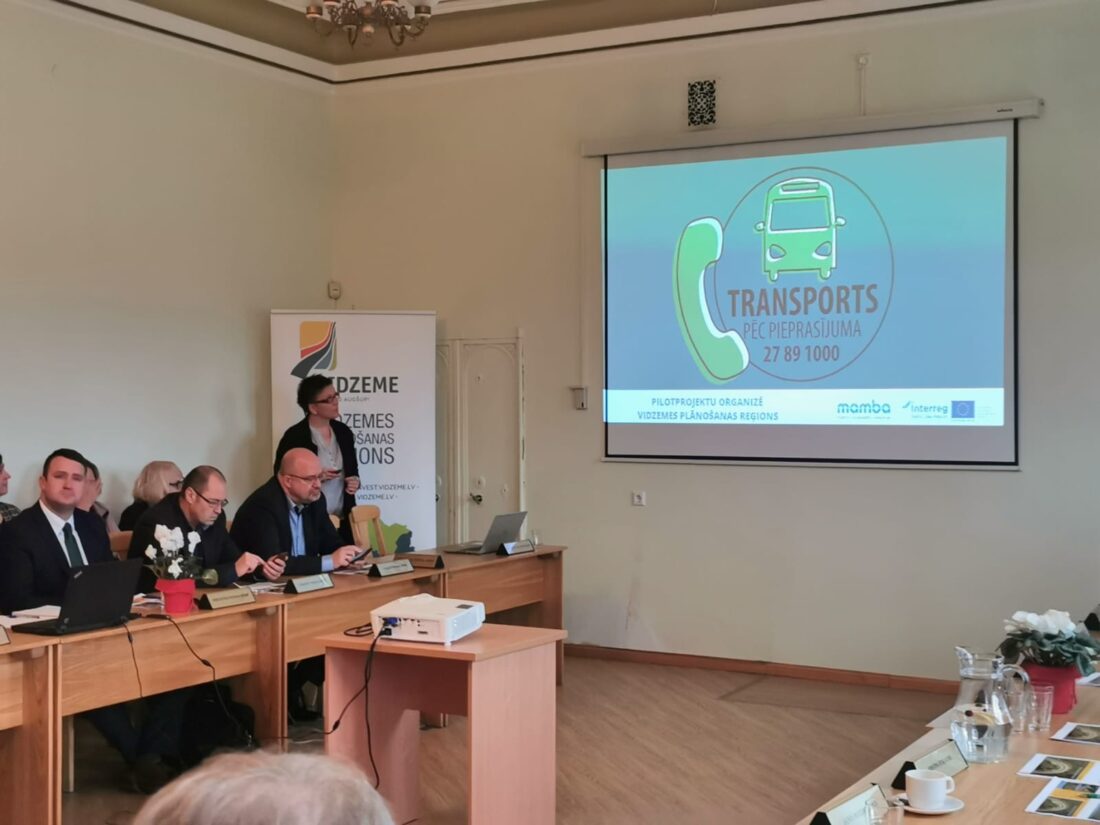 On January 31, 2020, local politicians from 26 municipalities in the Vidzeme region gathered in Cesis to hear about the progress of the MAMBA project and the pilot of transport-on-demand in Latvia. The Minister of Transport of the Republic of Latvia was also present at the stakeholder meeting.

Stakeholders found out the latest statistics regarding the use of the service. And according to these, during October 21, 2019, and January 30, 2020, Alūksne County operated a total of 82 trips and carried 240 passengers. Meanwhile, during the same period, Mazsalaca County registered 255 trips and 534 passengers. It should be recalled that in Mazsalaca County, the transport-on-demand service can be used all over its territory, and the ToD bus can be booked every working day, while in Aluksne County the bus operates in specific areas where public transport is generally unavailable. Each area is associated with a particular day of the week to book ToD.

So far, there are 32 residents registered for the service in Aluksne municipality, compared to 130 residents in Mazsalaca municipality. The leaders of both pilot territories were also present at the meeting, and they offered insights on the usefulness and popularity of the service for the local population.

The chairman of Mazsalaca County, Harijs Rokpelnis, had previously acknowledged and reiterated at the meeting that the activity of the locals was fantastic and that this service is likely to improve their quality of life significantly. The people who used this option have completed surveys that revealed that the feeling of security, which has increased with the implementation of the service, is highly appreciated. “The feeling of free mobility when needed is priceless,” says a citizen in a survey form.

The project team informed the attendees that a neighbouring municipality has also requested to include part of the municipality’s pilot area due to the recent reduction of public transport service and reduced mobility. Trust in the pilot project as a solution to mobility difficulties is growing, and other areas are beginning to see it as a possible solution to the problem in remote rural areas.

The current issue, which is being initiated by the service users themselves and the representatives of the pilot municipalities, is whether the service will be provided even after the MAMBA project is over.

The Minister of Transport concluded the meeting, stating that it is worth waiting for the long-term usefulness and effectiveness of the service to be evaluated. The project team intends to continue to inform the Minister about the pilot implementation process by purposefully collecting data that will be analyzed in detail with the help of Vidzeme University College.

The project team in Latvia hopes that the results achieved in Alūksne and Mazsalaca counties will prove to be excellent examples for new local mobility solutions in remote areas and that some new legislation related to this issue could be implemented. 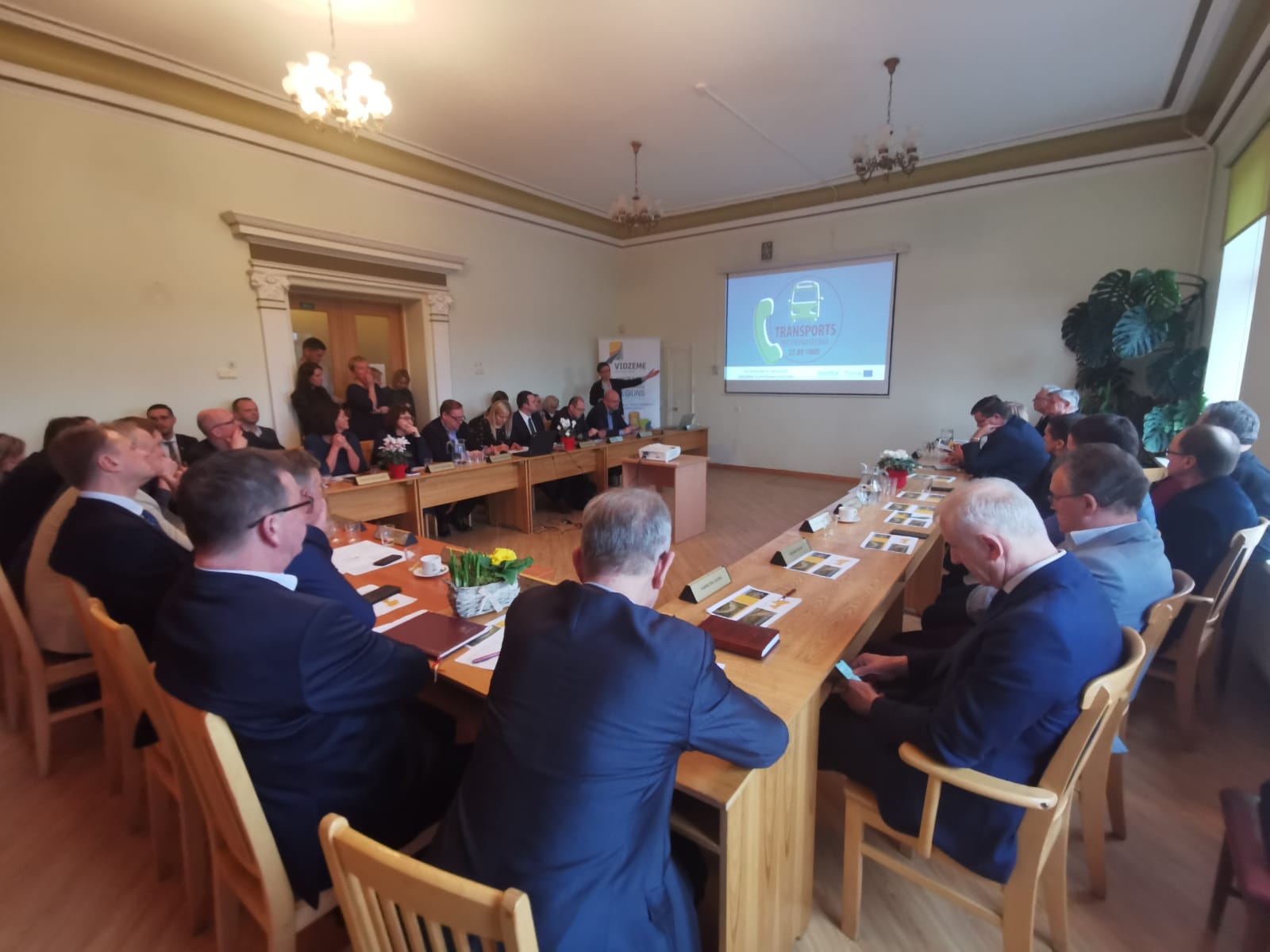