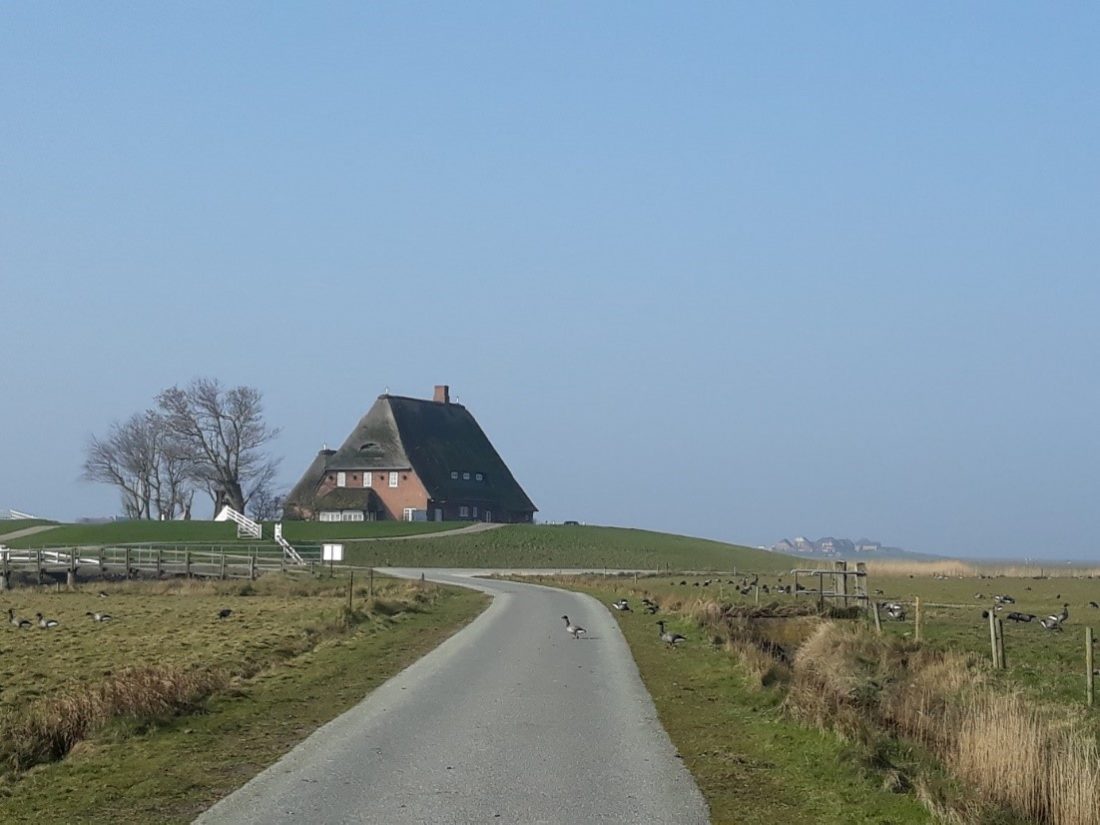 On Friday 29 March 2019, Annika Schmiedek-Inselmann (Diaconie Schleswig-Holstein) visited the mayor of Hallig Hooge and participated in a town hall meeting regarding public services to discuss the implementation of the MAMBA’s service-to-people pilot in the region.

Hallig Hooge is located in the Wadden Sea in front of the western coastline of Schleswig-Holstein in the North Sea. A so-called Hallig differs from an island, since it can be completely overflown, making lasting mobility solutions even more complicated. This is also true for the 100 people who live on Hallig Hooge, in very specific rural living conditions.

The pilot project of the Diaconie, a “mobile social counselling” for the inhabitants of Hallig Hooge was presented during the town hall meeting and found great interest among the attendees. Next steps of the project comprise the development of a tailored concept that will facilitate the implementation of a pilot action in cooperation with the inhabitants.